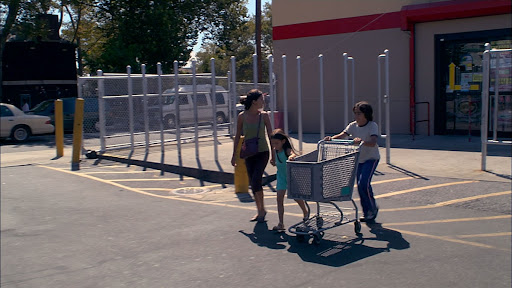 Films by and about immigrants are rare, and making them is often an act of necessity. The stories that are told are mostly ones that the storyteller needed to tell.

This is perhaps most visible in Entre Nos, a tribute by filmmaker Paola Mendoza to her immigrant mother, Marianna.

Marianna moved from Columbia to Queens, with her husband and two young kids. She didn’t speak English, and quickly after her arrival, her husband abandoned the family and moved away.

Entre Nos is interested in the impact this has on Marianna and her children (including the filmmaker), so it never explicitly that Marianna was undocumented. She also didn’t speak English, and did not have any qualifications.

The obstacles were huge, and disturbingly, also predictable: she was an immigrant single mom of two. It doesn’t take much pessimism to assume the world is not kind to those.

What is not predictable is the speed at which things go wrong, and how bad they get. The only thing Marianna has going for her at any one time is also what complicates her situation the most: being a mom. Entre Nos is as much about how bad her situation is as it is about how survival instincts and motherly love can stand in the face of complete desperation.

The result is a testament on the fragility (or inexistence) of the American immigrant welfare system. Not supporting immigrants in precarious situations is an act of anti-immigration policy.

Although not directly referenced in the film, this story can be compared to the many tragedies shaped by the Clinton administration’s “Prevention Through Deterrence” program. In 1994, this set of policies was designed to push migrants towards deadly desert roads, resulting in an estimated 10,000 deaths.

It might not have been in the desert, but Marianna was pushed towards a deadly road, and at any of the countless perilous situations she found herself in, her family’s outcome could have been disastrous.

This film highlights the abandonment of immigrants and lack of support structures that, while perhaps most flagrant in the U.S., can be found almost anywhere in the world.