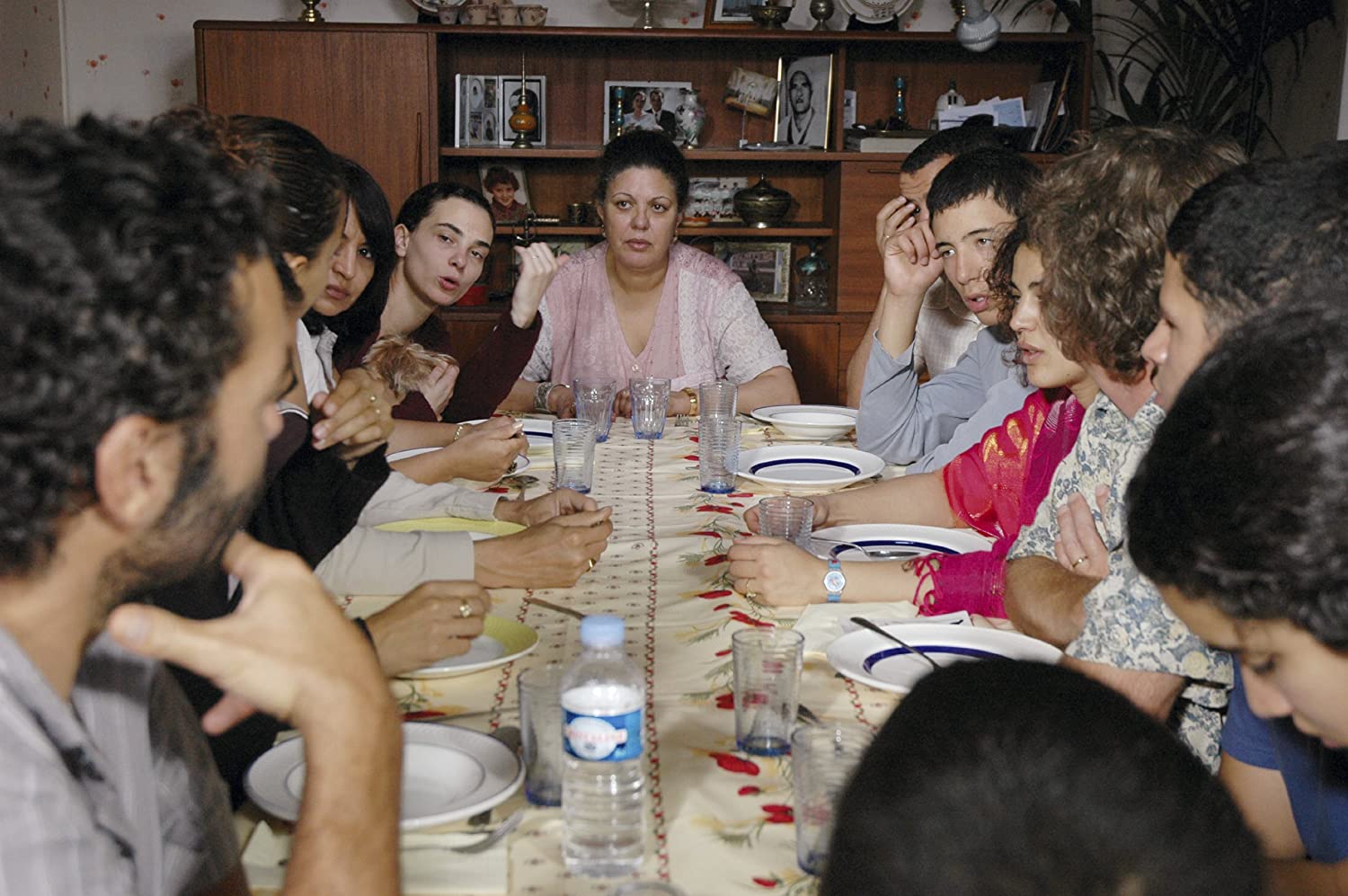 The Secret of the Grain is a saga of immigration that has something in common with almost every other film featured in this project. It’s a packed 151 minutes of diverse storylines and themes that each could have been a film on their own. It doesn’t take away anything else from the other films studied here to say that if you had to take one title from this project, you should make it this one.

Slimane Beiji is a Tunisian immigrant in the French port city of Sète. His large family consists of two units: his ex-wife Souad, with whom he has many children, and his partner Latifa and her daughter Rym, who own a run-down hotel where Slimani lives.

Slimani who gets abruptly fired from his shipyard job is pushed by the children from his first marriage to return to Tunisia, where he can lead a quiet life. But Rym, his current partner’s daughter, convinces him that he can still be happy in France if he pursues his dream: to open a restaurant on a boat he owns that would serve his ex-wife’s unique couscous with fish recipe. Slimani rekindles with his immigrant dream.

Slimani’s character, like in “Entre Nos” is based on one of the director’s parents, in this case his late father. Slimani is a highly-recognizable evolution of the North African patriarch. He is quiet and defeated by life, but when he speaks, his word is final. His silence is not a yielding of power, it’s the result of a tough life.

When Slimani stars to pursue his dream, he is faced with a variety of hurdles to prove that his project is viable. But on his opening night, after he mobilizes both units of his family, his project being viable is scary: his investors worry that his project will be “too” successful at the first show of potential. They fear for other restaurants who are French, and who wouldn’t be able to compete.

This white gaze is also present within the family, as one of Slimani’s daughters married an ethnically French person, and his son married a Russian immigrant. Both are an integral part of the family, without which the weekly family meal cannot take place, but they are also visibly alienated.

The relationship between first generation immigrants, embodied in both his past and present partners, is an understated but important theme. In one scene, his ex-wife explains that their relationship was different than love, it was “achra”, which translates to “familiarization”. “It’s love, friendship, companionship, everything mixed to one.” There is a fatality and inevitability to this concept as well as a manifestation of interdependence that are a crucial undertone here.

The disconnect between first and second generation immigrants is what drives the plot, especially with Rym encouraging Slimani to pursue his dream and not move back to Tunisia.. The new generation has a concept of their rights, which the old generation doesn’t. After Slimani is fired, he visits his daughter, who talks about a recent strike she led successfully. Her husband complains about offshoring. Slimani sits and listens, but doesn’t share his story of being fired.